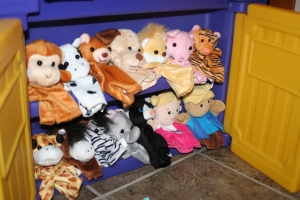 Joseph and William put on their animal hats… 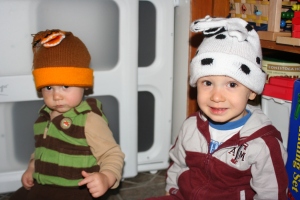 William's hat is a lion; Joseph's is a cow.

William listened very patiently while Joseph performed a short play with his cow hat…yep, it’s not only a hat, but a puppet, too! 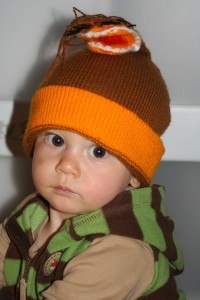 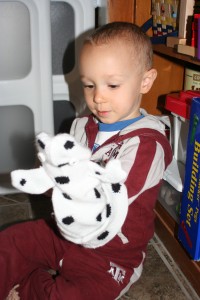 Grandma Nury came to visit the zoo, too.  She brought Joseph a pair of binoculars so he could see the animals close up.  Then Joseph taught Grandma how to “march around the zoo” like we do in Itsy Bitsy Yoga. 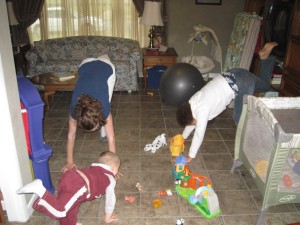 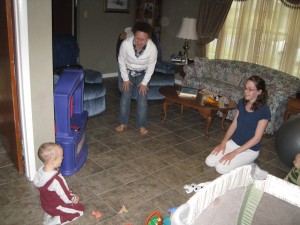 Our trip to the zoo ended rather abruptly when Joseph realized that he had someone new to play his board game, Fruits of the Spirit, with.  So I fixed lunch while Joseph and Grandma Nury played the game and William continued to chew on the zoo animals.  What an adventure!

One thought on “A Zoo Day”