*Joey and William will be guests here on the blog as they document our Nature Challenge journey for 2016.

The Challenge:  Attend a Guided Nature Walk.  Take 2 fun pictures of your team on the walk and include 3 fun facts that you learned during the walk.

J:  We went out to the Oso Preserve and OH MY GOODNESS, WE SAW BOBCATS!  But wait, I’m getting ahead of myself.  Mommy woke us up early.  We drove out to the Oso Bay Wetlands Preserve and we got there on time but we missed the group by just a minute.  So we hurried to catch up but Katie’s legs are so little that we soon stopped and then there were so many forks we weren’t sure which way the group went!

W:  So we built our own group!

J:  Yes, there were other people that missed the group, too, and they were walking so we made our own group that way.  We finally caught up with the real group only to lose them again. 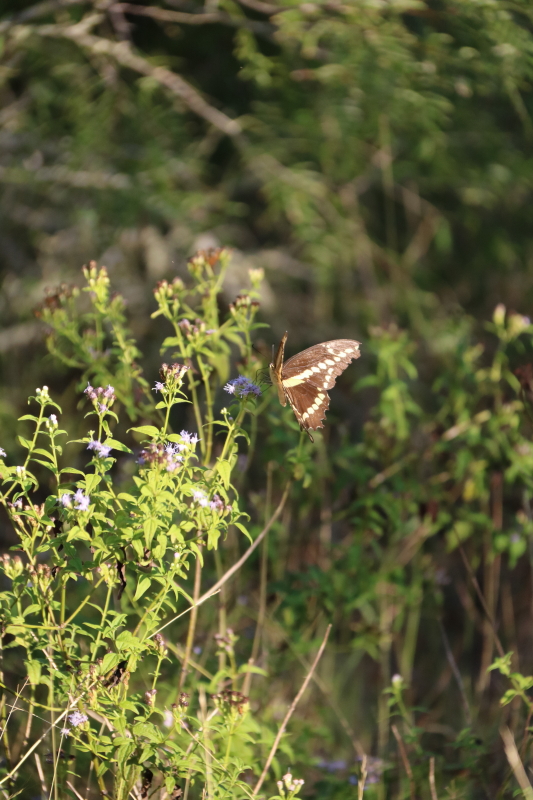 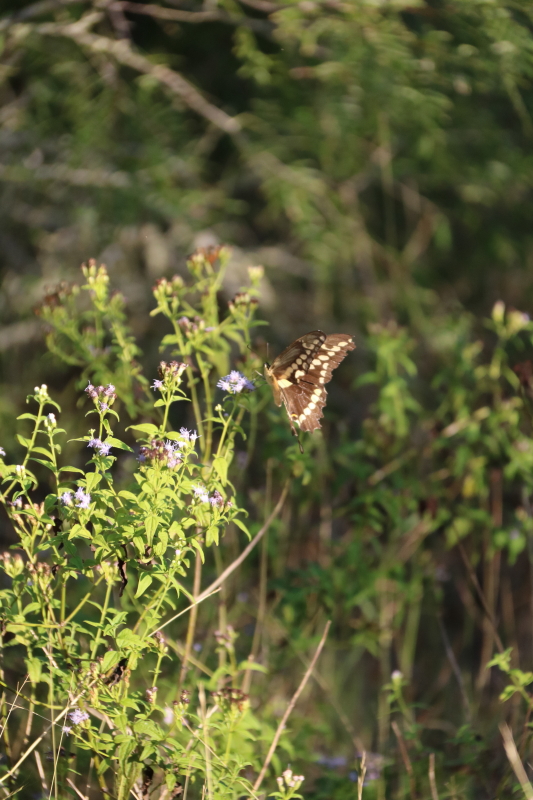 W:  We did get a chance to sit with the group on the observation deck and do some nature sketching.  I drew a y shaped body of water and then I saw a huge body of water that I’m guessing leads out to the Gulf of Mexico.

J:  I drew the water tower in the distance and the tracks I could see. 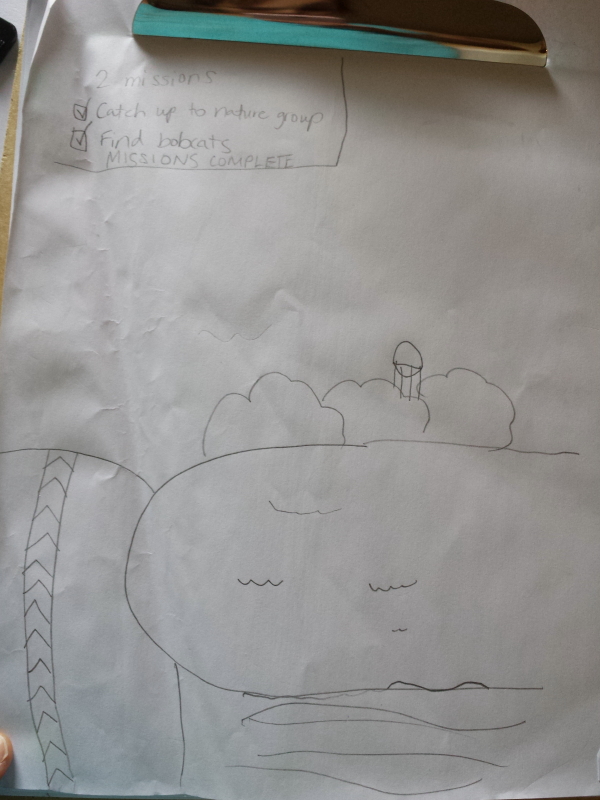 W:  And Katie made a drawing too.

J:  After we finished drawing and the group left, we tried to follow along but again it was hard for Katie to keep up.  Finally Mommy said it was okay and we could just leisurely stroll along the path.  It’s a good thing we did.  We saw lots of butterflies and plants and then Mommy said, “This is where the bobcats have been seen.  Let’s say a prayer to St. Francis of Assisi and ask him to call the bobcats out for us.”  As soon as we finished the prayer, the mommy bobcat came out.

W:  She sat and stared at us.  She was about 200 feet away.  She was staring at us trying to decide if we were a threat.  I guess she decided we weren’t because then she left and came back with her babies.  At least three.

J:  It was amazing!  The babies were rolling around and they were so cute.  I bet they were cuter than that lizard my cousin Alex told me about.

W:  We said a prayer to St. Francis again to thank him for sending out the bobcats.  Later, at home, we looked up facts about bobcats.  Here’s what we learned:

J:  After the bobcat sighting, we finished the trail and just as we got to the end, we saw this snake!  Ms. Sara helped us identify it as a Dekay’s Brownsnake.  Then Ms. Sara let us touch the milk snake. 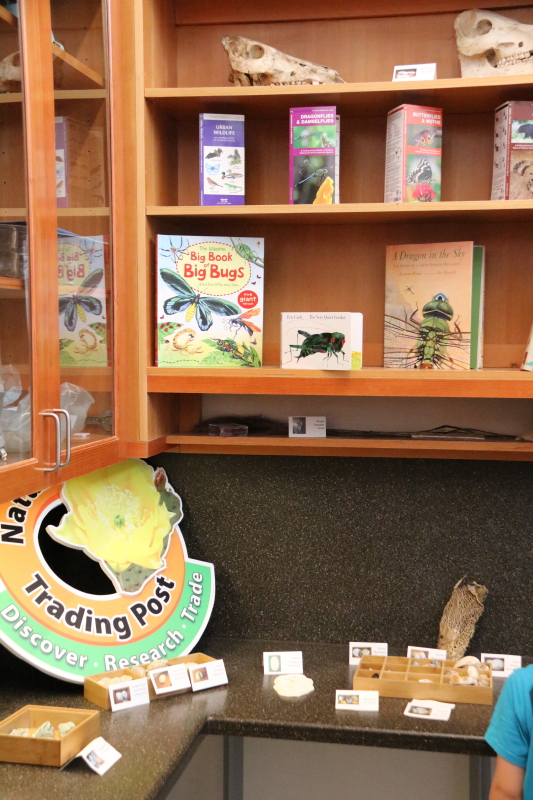 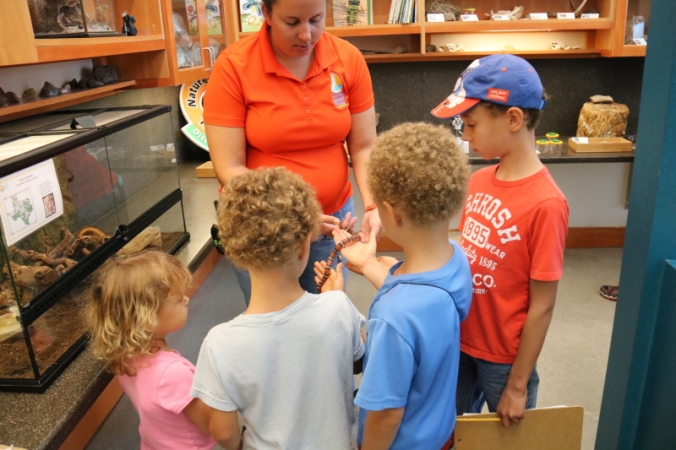 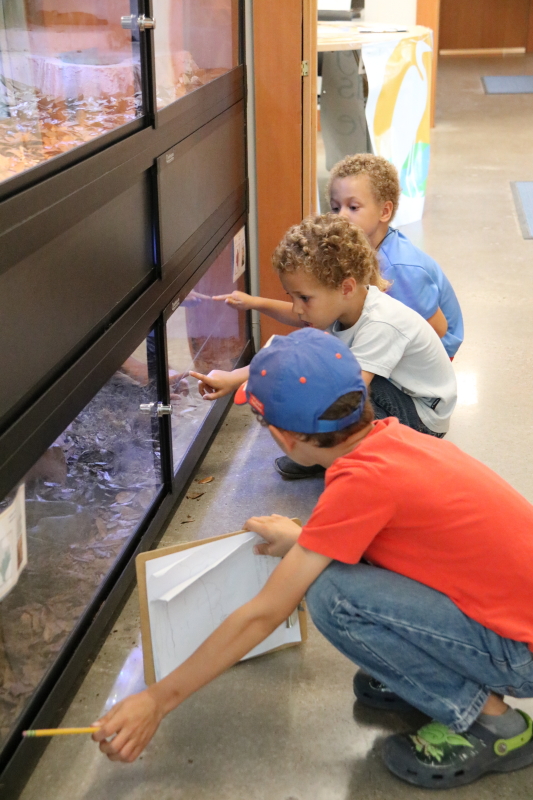 J:  We got to play on the playground after that!  As we left the preserve we saw a rabbit or maybe it was a hare. 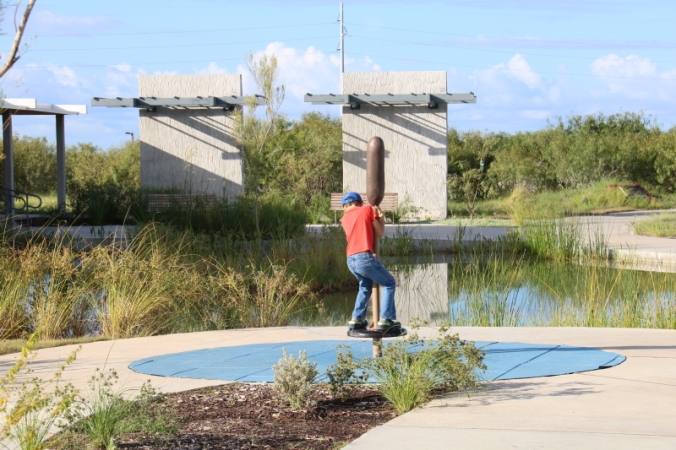