The Spiny Hackberry (Celtis ehrenbergiana), also known as the Desert Hackberry or the Granjeno, is a fun plant to observe this time of year, with its bright, pea-sized fruit and its zigzag branch growth.  It is not to be confused with the Hackberry tree, although both are a part of the Celtis genus and both, ironically, do not grow berries, but rather drupes.  (Drupes are a fancy word for fleshy fruit that has thin skin and a central stone (pit) containing the seed like olives or plums or…hackberries.) 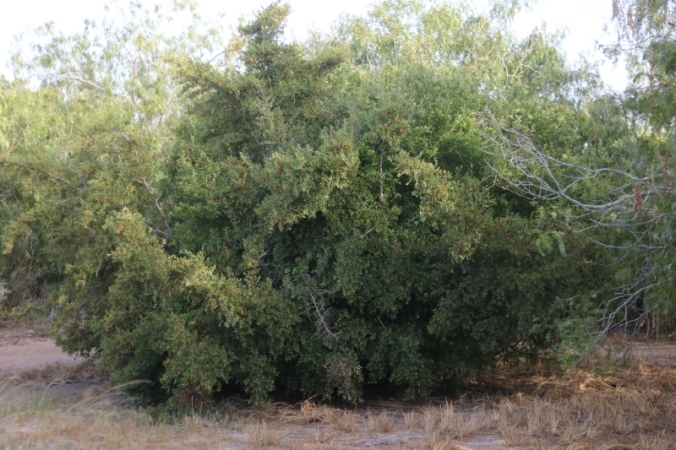 I took the kids out to Oso Preserve early one morning to see if we could find some Spiny Hackberry plants (typically shrubs, although sometimes they can be small trees).  There was a bit of complaining, as it was early, but once they discovered the shrub, they delighted in what they found.  This time I told them absolutely nothing about the plant beforehand, allowing them to discover what they could on their own (in true Charlotte Mason object lesson style) and then following up with some of my own thoughts (both researched and observed).

They began by inspecting the bark of the branch (it was smooth and grayish brown with sharp thorns along them).  One of the kids noted that the branches were growing in a diagonal fashion (that’s one of its distinctive marks).

The conversation soon moved on to the feel and description of the leaves (rough, oval leaves with three primary veins, some toothed and some sparsely toothed).  Butterflies such as the American Snout, the Tawny Emperor, and the Red-bordered Metalmark love the Spiny Hackberry, some using the leaves as hosts for their caterpillars and others (the adult males) using it as a spot to attract females. The American Snout Butterfly is one you often see in huge migration groups up near the San Antonio area as they move from San Marcos down south to the Rio Grande Valley.  Molly Keck, an entomologist with Texas A&M AgriLife Extension Service in Bexar County, calls them “an I-35 corridor kind of butterfly”.  They have such a huge population because the spiny hackberry grows in such abundance and that’s what they depend on.

Finally, the kids took note of the drupes (small, pea-sized fruit that can be yellow, orange or red but is most commonly orange).  The drupes attract all kinds of wildlife (especially birds because the thorns give them a safe place to hangout and eat) including green jays, doves and thrashers.  Coyotes, white-tailed deer and dogs are known to enjoy nibbling the leaves. 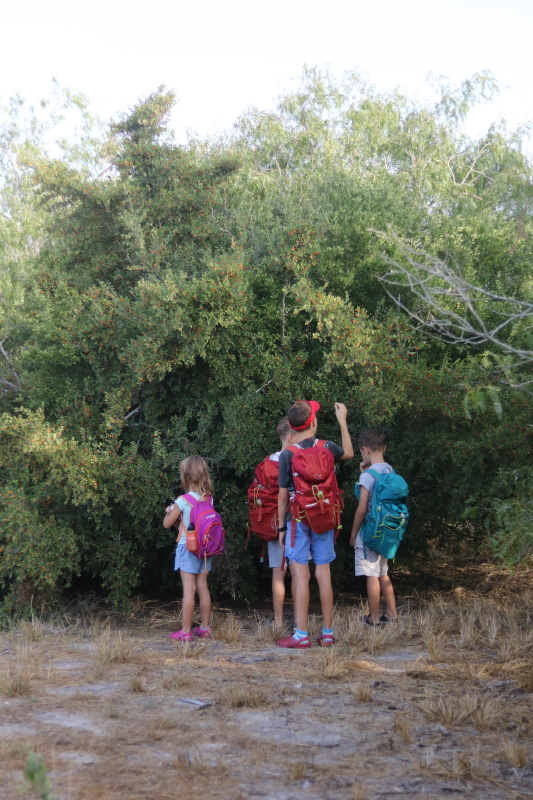 Now came the fun part…the drupes of the Spiny Hackberry are edible so the kids were able to include their sense of taste in describing the plant.  They described the drupes as sweet, almost similar in taste to cantaloupe, with a hard seed in the middle that can either be eaten or spit out. 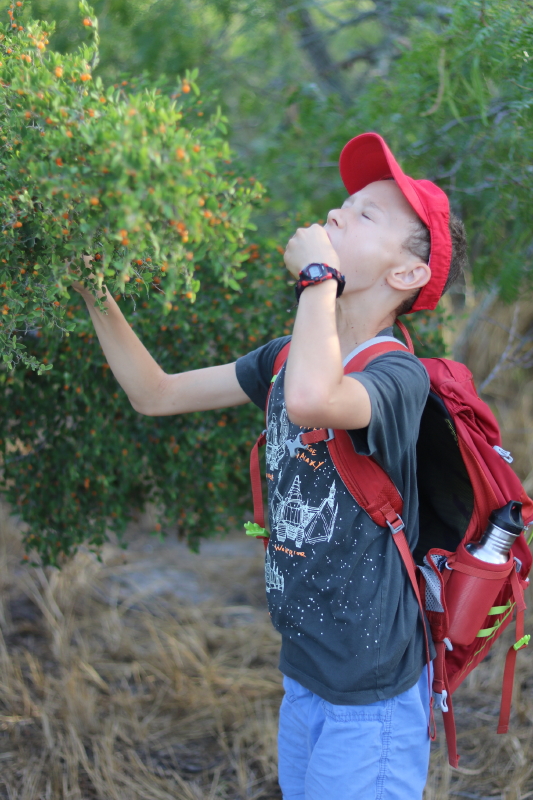 The only thing not on the shrub this time of year is, obviously, the flower.  The flowers, when present, are greenish-white and very small, fairly inconspicuous.  They are rich in nectar making them a favorite of bees and a help to the honey industry.

*Websites I used in my research are noted in the post.  The book I used for Spiny Hackberry was Brush and Weeds of Texas Rangelands. 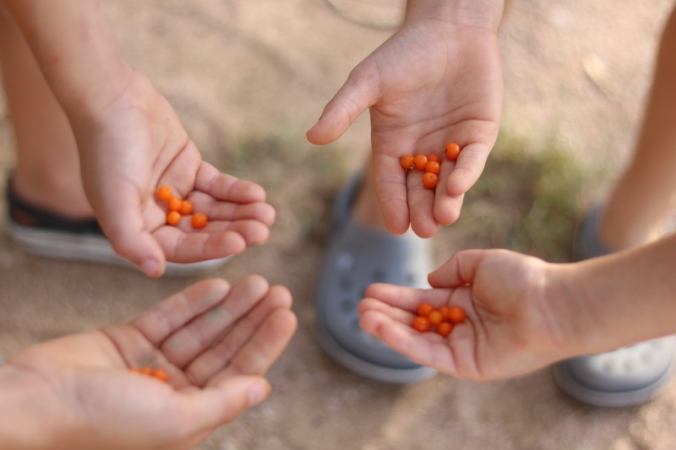