Since there is no U flower fairy, U and V were combined.

U and V are for…Vetch fairy, St. Ursula, and St. Vincent de Paul.  After reading Serendipity’s Flower Fairy story, Joseph and William colored pictures of the fairy.  Joseph also did some copywork from the poem that is in the Flower Fairy book (which he did while listening to the Flower Fairy CD).  Then we looked up the actual wildflower in our field guide.  We read about the saints in our Alphabet of Catholic Saints.  Joseph did some copywork.  We also used the picture from the book to practice the letter formation.

U and V are for…the letters U and V.  We practiced letter formation using the Cuisenaire Rods Alphabet Book, Do A Dot, Gray Block paper, and Pin Punch letters.

V is for…vegetables.  Joseph decided first thing Monday morning that he wanted to make vegetable bread.  We’d already been to the grocery store for the week, so I suggested maybe he could make some vegetable bread in his kitchen.  “Yes, that’s a great idea!  I’m going to make a list and pretend to go shopping,” he replied.  Well…that led to setting up our own grocery store complete with price signs and our cash register.  Joseph did make his list and then, together with William, grabbed his shopping cart and loaded up on supplies.  Once he had everything on his list, he brought it to the cashier and we added up his purchases.  He did some math and figured out how much change I needed to give him.  We put his purchases in a bag and he was off to make vegetable soup.  He used the book Growing Vegetable Soup to guide him.  It was delicious soup…he made it dairy, soy and egg free so even Roo got to “try” some! 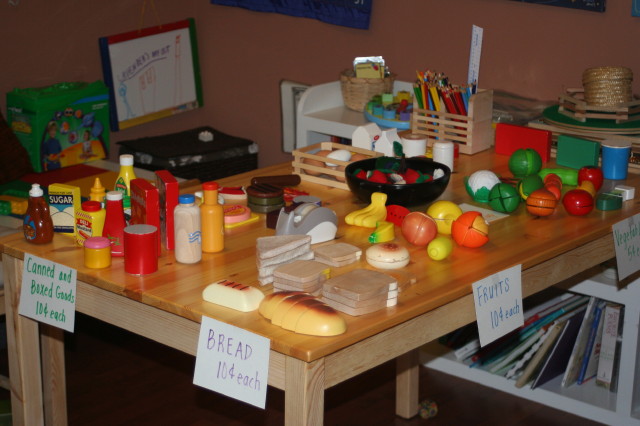 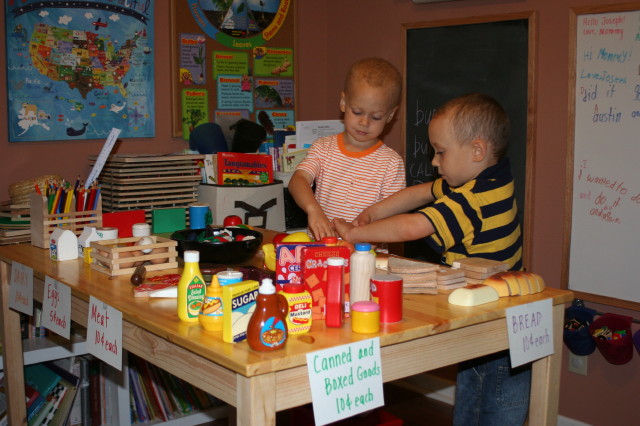 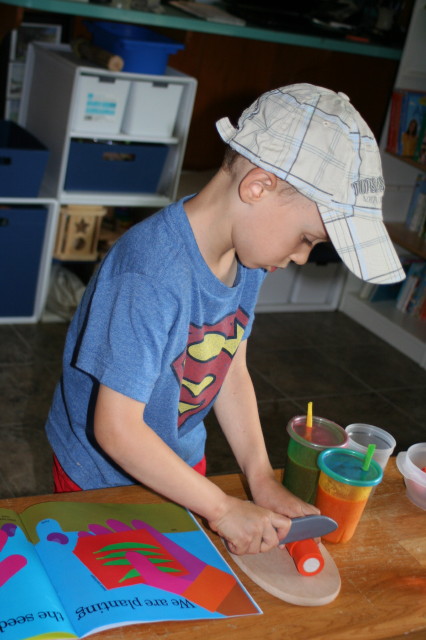 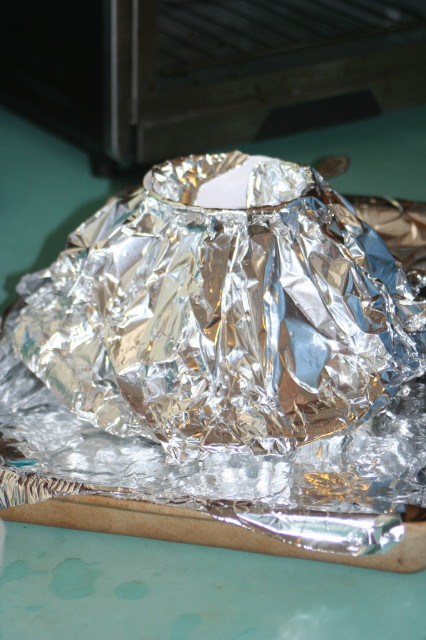 U and V are for Understanding and Virtuous.  We’re still using these great coloring pages and we’re including one each week along with a virtue story.  We made up our own story about the Understanding coloring page, which I then wrote out.  I included some thoughtful errors and Joseph edited the story for us.

In our book baskets this week (I’m choosing one book from each basket to have Joseph do a narration and illustration of):