You know what I’m referring to, right?  I’m sure you’ve met folks of both kinds.  There are the people that dream big and talk big and make big plans and have a vision but somewhere along the way, they get lost in all the details of pulling it off.

And then there are the people that dream big and they just do it.  They jump in with intention and nothing stops them.  They’re persistent and passionate and unstoppable.

Take for instance, Hollie.  Her delicious line of bread and baked goods does more than put food on the table for the folks that purchase it.   “A South Texas bakery nourishing African youth,” is the opening line on her website.  And while that is exactly what she does, it’s about more than just food for Hollie.  It’s about relationships.

Born and bred on an Oklahoma wheat farm, making bread is just genetically programmed into Hollie’s hands.  So after traveling internationally throughout high school and college and witnessing poverty and its effects on women and children, Hollie knew that she wanted to do something that would give the people she had met through her travels a chance to break the cycle of poverty.  When the time came and she felt a calling to reach out and help with the world food crisis, it seemed only natural that she would do what she knew how to do: bake.

In his book Start Something that Matters, a book that inspired Hollie, Blake Mycoskie says, “Love your work, work for what you love, and change the world—all at the same time.”  And that is EXACTLY what Hollie began doing in 2009.

Fed by Bread began in Hollie’s own kitchen in 2009 (when she was 7 months pregnant!).  Folks began to spread the word about this bakery with a mission and a grassroots movement was born.  After a few years of using the proceeds from her baked goods to sponsor children with companies like Compassion and World Vision, she knew it was time to form a relationship on a deeper level with a company that shared her vision. 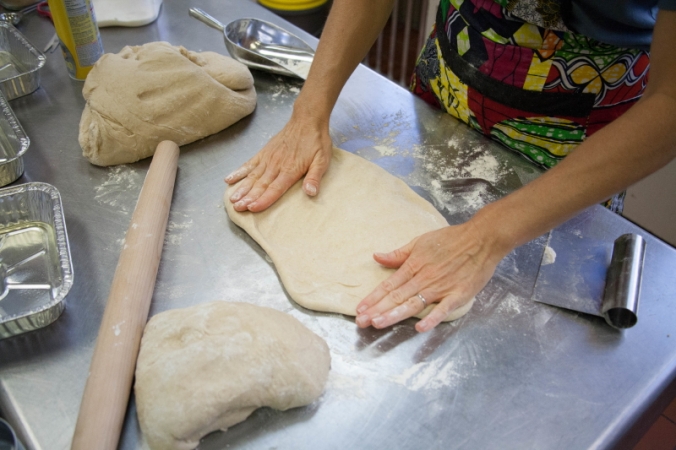 Enter Africa New Life, a ministry that “exists to transform lives and communities through Preaching the Gospel of Jesus Christ and Acts of Compassion.”  Africa New Life focuses their ministry on Rwanda, a country forever changed in 1994 by the Rwandan ethnic genocide that killed more than 800,000 people.  Hollie crossed paths with Africa New Life in 2014 and immediately felt that this was what she had been looking for.  She began to send the bulk of her Fed by Bread proceeds to them (with a small amount reserved for the children she sponsors through Compassion and World Vision).

That same year, Hollie was able to visit the village of Kageyo in Rwanda and actually meet the people behind Africa New Life along with the children that were benefiting from her baked goods.  She was met with an overwhelming display of gratitude and her heart was full. 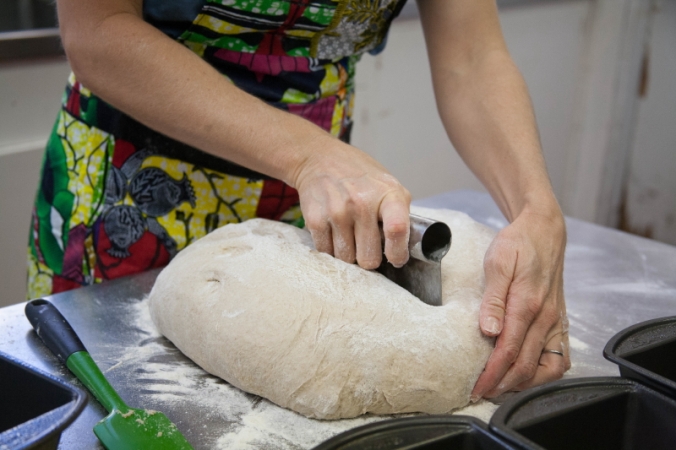 She knew at that moment, without a doubt, that what she set out to do was truly being accomplished.  Her intention to feed the hungry and break the cycle of poverty was being accomplished, one baked good at a time.

Today Hollie enters the commercial kitchen at Annapolis Christian Academy where she does her baking and sets about her tasks with intention.  While her hands are immersed in dough, her heart is immersed in thoughts of the children this dough will provide for.  She has started something that matters.

It’s not just a bakery, it’s Intentional nourishment with a purpose.

*You can support Hollie in her mission by ordering online and either picking up goods locally or having them shipped to your door.  While most items are intended for local pickup, she has a selection of baked goods that can be shipped.  Regardless of whether you pick-up or have it shipped, I promise her baked goods will make your breakfast table a happier place.  Plus knowing you’ve spent your money to make a difference is an intentional thought all of its own.*

**All photos are courtesy of Kristine Endsley**

One thought on “Fed by Bread: Intentionally Making a Difference {One Baked Good at a Time}”