On Ash Wednesday, we set our prayer altar for Lent.  Joseph and William covered the altar with a purple cloth and added a Lenten wreath with a purple pillar candle to the center.  We had gone to the local plant nursery earlier in the week to choose small succulents, which the boys added to the altar as a reminder that Lent is a desert journey.   An empty bowl to symbolize fasting was placed on the altar.  And, of course, a Lenten prayer altar would not be complete without a crucifix. The cross you see hanging on the wall near the altar hangs there year round, but it is especially appropriate for this Church season because it depicts each of the Stations of the Cross. 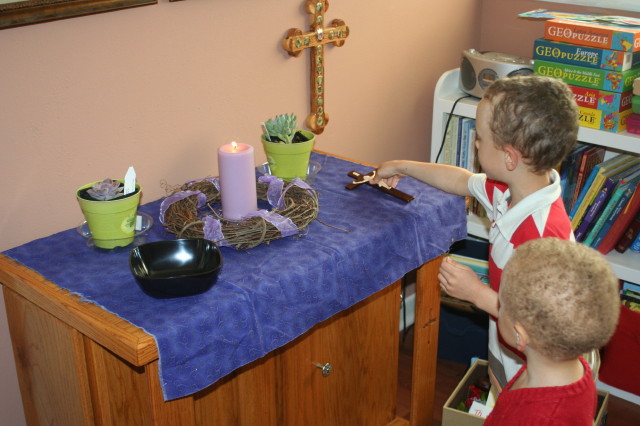 On Ash Wednesday we talked about fasting and making sacrifices.  Joseph and William each chose something that they wanted to sacrifice during Lent (William chose candy; Joseph chose candy and chocolate).  They wrote their sacrifices on slips of paper and added them to our fasting bowl.  I’ve been quite impressed with how well they’ve stuck to their fasting.  Even when we went to Austin to visit and Dad offered Joseph a jelly bean, Joseph replied, “No, thank you, Grandpa.  I’m fasting from eating candy this Lent.” 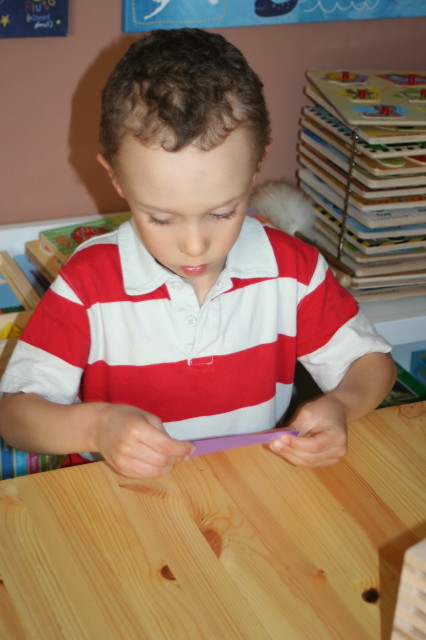 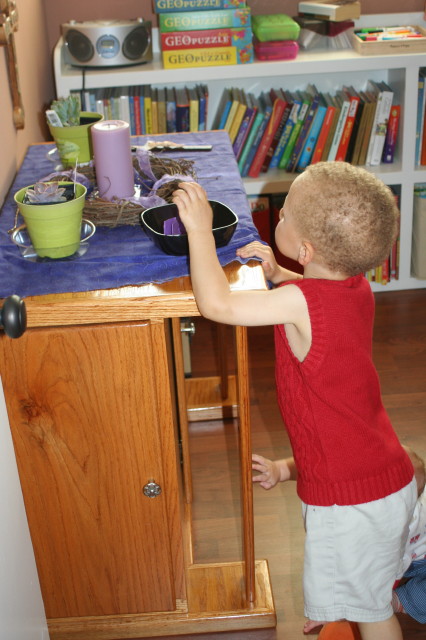 Joseph, William, and I painted the wooden letters for the word ALLELUIA (white with gold glitter sealer) and REPENT (purple).  On Ash Wednesday, we buried the ALLELUIA letters (since we won’t be using that word again until Easter Sunday) and then added REPENT to our altar. 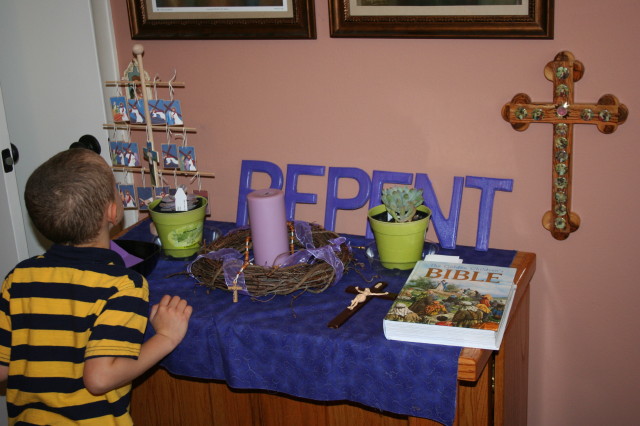 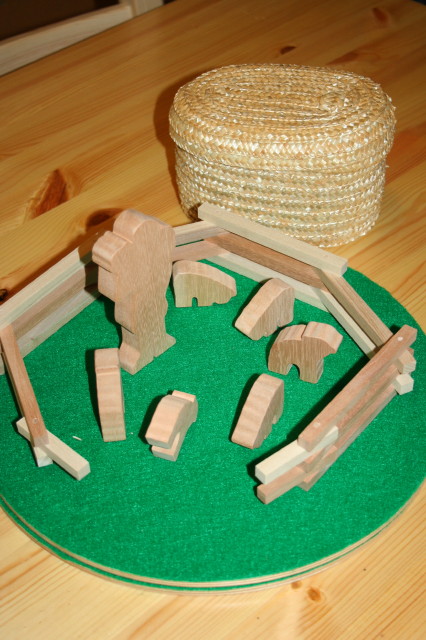 A few other Lenten plans (ideas from The Lent-Easter Book):  We will be painting the river rocks we found on our trip to Austin.  We’ve been calling them our prayer rocks so I imagine we’ll add the word “Pray” to each rock, along with whatever else the kids paint on them.  We’ll add them to our nightstands as a reminder to pray before falling asleep.  We also found a silver pail that I’ll paint the word “Prayers” on and as the kids pray throughout Lent, they can add a strip of paper to our pail, hopefully filling the pail before Easter.  I found a neat book by Stormie Omartian called What Happens When I Talk to God that both kids have been reading and re-reading.  Sometimes Joseph closes his eyes tight for a few moments and then opens them, looks at me, and says, “Can you guess what I was doing?  I was praying.  I know you couldn’t hear me, but God could.”  And William now spontaneously stops what he’s doing to declare his love for God.  I love that they’re learning to pray all the time, not just at our established prayer times.  Our last big Lent plan was to make t-shirts, which we did last week so we can wear them throughout the season.  Joseph and William each chose what they wanted their shirts to say.

What are your plans for Lent?  Please leave a comment and share your thoughts or a link to your Lenten journey.